We would like to share with you some stories to highlight some of what our alumni have been doing to help Syria. The goal of the academic scholarships we provide is ultimately to support a stable and prosperous Syria rather than solely to help individual students. So we look for students with strong leadership potential and a strong desire to help their country.

Our alumni have been surpassing the high expectations we had for them with their efforts in that regard. Here we share some stories of a few recent graduates and their tremendous impact:

Research for development – Syrian expertise present at the discussion table

Rami Zaatari graduated from Glasgow University in the UK last year, earning a Master’s in Global Economy. His education was supported by Jusoor and the Said Foundation. He had earned a Master’s in Economics from the University of Aleppo and worked for the UN before starting his studies in the UK.

Rami has already started working on rebuilding Syria! He has been invited to present as an expert at the recent meetings of the United Nations’ Economic and Social Commission for Western Asia (UN-ESCWA) in Beirut, where he participated in the meetings to validate draft zero of the “National Agenda for the Future of Syria.” Rami is the coordinator of the trade and industry sectors on the agenda and presented on their role for early recovery and rebuilding of the Syrian economy during the meetings.

While Rami continues to do research, his proposal is centered around a green economy achieving competitiveness and sustainable development. “I am planning to develop a road map for a gradual implementation in the Middle East in general and Syria in particular,” he says.

Lobbying the U.S. Government to welcome refugees from Syria

Triggered by the humanitarian crisis Syria is experiencing, George Batah capitalized on calls by the International Rescue Committee and 14 U.S. Senators to resettle at least 65,000 Syrian refugees in the U.S. by 2016. He launched a campaign to ask the U.S. government to welcome Syrian refugees and has since been invited to the White House and featured by major news agencies.

The momentum of the campaign is growing. George has collected more than 85,000 signatures thus far, close to the 100,000 that would require the White House to respond; he is still seeking signatures until the September 30th deadline on the petition, which you can support here.

George currently works as an Investment Analyst. In the past year, he volunteered with the Heartland Alliance for Human Needs and Human Rights, where he assists refugee job seekers with finding jobs and adjusting to life in Chicago. George Batah studied finance at the Illinois Institute of Technology, enabled by the Jusoor-IIE partnership “The Syria Consortium for Higher Education in Crisis.” While George funded his own education, he received mentorship and coaching from Jusoor during his education. 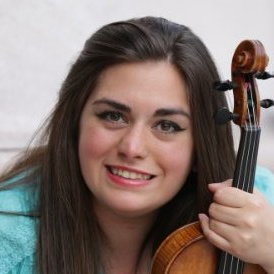 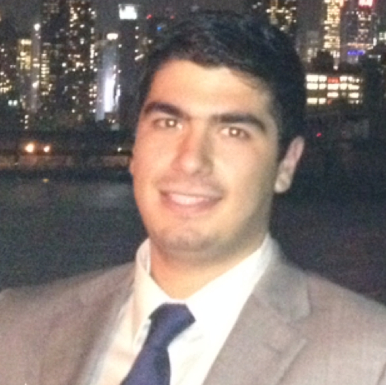 Nour Daoud is one of the main facilitators of Jusoor’s Tri-State Chapter and has been fundraising to give Syrian refugee children in Lebanon their right to education and psycho-social support.

In her own words: “I picked up running this year. I’ve never done it before, but once I started running I never looked back. Being Syrian comes with emotional baggage and running is my way of destressing and coping. I just love it! The idea of running a full marathon for charity came up in one of the Jusoor TriState meetings and I was able to register Jusoor as an official charity for the Hamptons Marathon. This is just the beginning! I hope to see more people join the #RunForSyria initiative and fundraise to educate Syrian children.”

Nour works as a Technology Analyst with Goldman Sachs, a leading global investment banking firm. She graduated last year from Illinois Institute of Technology in the U.S. with a degree in Electronic Engineering after transferring from Syria as a Bachelor’s student in Communications. She also volunteers with Girls Who Code, a program where girls get exposed to the tech industry and receive mentorship from women working in technology.

My Klonopin mental state got stable and all’s good.

Mariela Shaker recently performed a recital at the Kennedy Center for the Performing Arts in Washington D.C. in celebration of World Refugee Day and is working with the American Medical Society to explore ways to bring music education to Syrian refugee camps in Jordan. She was selected as one of the Champion of Change by U.S. President Obama and was invited to the White House to talk about her work and the challenges and opportunities she has encountered.

Mariela started playing the violin at the age of ten when she joined the Arabic Institute of Music in Aleppo. She received a scholarship from Jusoor to attend Monmouth College in Illinois to study Music Performance, and is continuing her Master’s studies at DePaul University in Chicago.

We hope you have been as heart-warmed as we have by these success stories. You can support George and Nour in their efforts here and here. We certainly wish them the best.

To learn about and donate to Jusoor’s scholarship programs, click here.

Posted on September 29, 2015 in Scholarships

JUSOOR Copyright © 2012 All Rights Reserved. Jusoor, E.I. Number 45-3842245, is a Michigan nonprofit corporation that has received a ruling from the U.S. Internal Revenue Service that it is a tax-exempt organization under section 501(c)(3) of the Internal Revenue Code of 1986, as amended (the “Code”). Contributions are tax-deductible to U.S. taxpayers to the extent provided in section 170 of the Code. Jusoor is also affiliated with Jusoor Canada (a Canadian registered charity under number 85063 3371), and Jusoor UK (a registered charity in England under number 1154168). While these organizations work closely together they are independent corporations and a donor can donate to any one of them.